A Brief History of the Bathroom

What we associate with our bathrooms today – comfort, privacy and hygienic conditions – is the result of thousands of years of civil engineering and changes in society. There are many features such as plumbing, hot water, flushing toilets and ventilation that are taken for granted in our bathrooms. Even though humans have always had the need to use toilet facilities and have used bathing as a way to cleanse themselves, it took centuries for our culture to combine these together into one convenient room. From Ancient Rome to the 21st century, we take a look at the fascinating history of the bathroom. 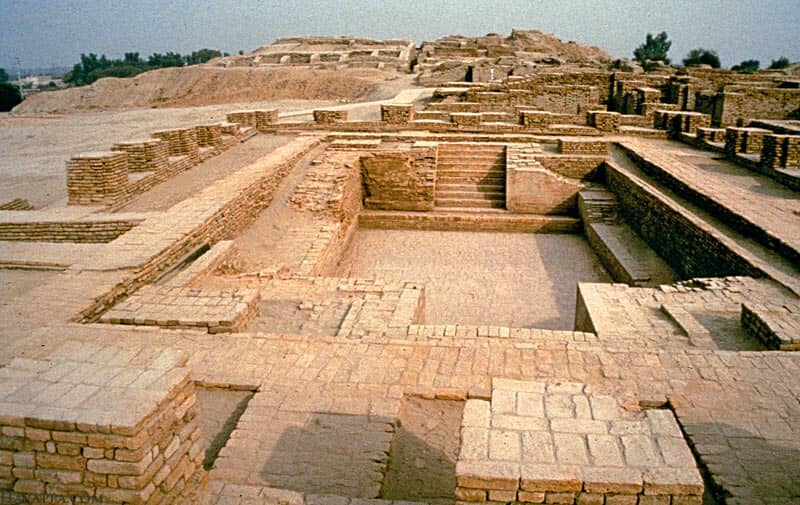 Where did it all begin?

Bathroom history stretches back further than you might imagine. Originally, bathrooms were not developed with hygiene in mind, and the first records for the use of baths date back as far as 3000 B.C. At this time, water had a strong religious value and was seen as a purifying element for both body and soul.

One of the earliest known baths originates from the Indus Valley Civilisation – a technologically advanced ancient civilisation that was spread across what is now modern day Pakistan.

It was not unusual for people to cleanse themselves before entering a sacred area. Baths are recorded as part of village or town life throughout this period, with a split between steam baths in Europe and America, and cold baths in Asia. It was common for communal baths to be built in a separate area from the living quarters of a village – by doing this people believed they were preventing evil spirits from entering the domestic quarters.

Not all ancient baths were in the style of large pools that are often associated with the Roman baths. The first surviving bathtub dates back to 1700 B.C and hails from the Palace of Knossos in Crete. The most interesting thing about this tub is not only the similarity with the baths of today, but also the way in which the plumbing works surrounding it. 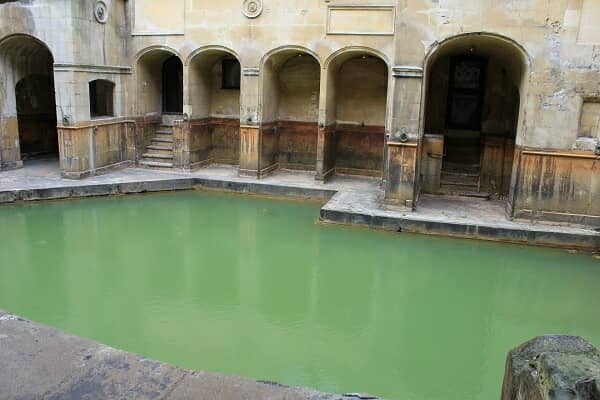 Both the Romans and Greeks recognised the value of bathing as part of their lifestyles. Palaces have been uncovered throughout Greece with areas that are dedicated to bathing, spaces with clay bathtubs and sophisticated drainage systems. Ruins of ancient Roman baths have also been found in England, Northern Africa and the Middle East.

Some of the best-preserved ruins of a Roman bath can be seen in Rome and Pompeii.

The Roman attitude towards baths and bathing is well documented, they constructed large purpose-built thermal baths, which marks not only an important social development but provided a public source of relaxation and rejuvenation. It was a place where people could meet to discuss the matters of the day and enjoy entertainment.

During this period a distinction was made between private and public baths, many wealthy families had their own thermal bath and bathroom in their home. They also made use of the public baths, which shows the value they had as a public institution.

Imports from throughout the world allowed the Roman citizens to enjoy ointments, incense, combs and mirrors. 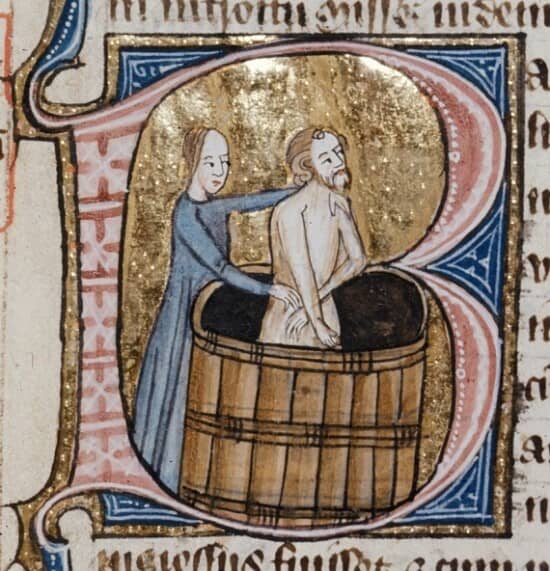 In the 14th century, Edward III installed a bathroom in the Palace of Westminster.

In the Middle Ages, many towns actually had bathhouses – this is where people could pay to have a bath. Other people simply made do with wooden tubs in their bedrooms. During this time, there was an important soap making industry in England, with many people making their own soap at home. People also used combs and tweezers, as well as toothpicks and mouthwash. 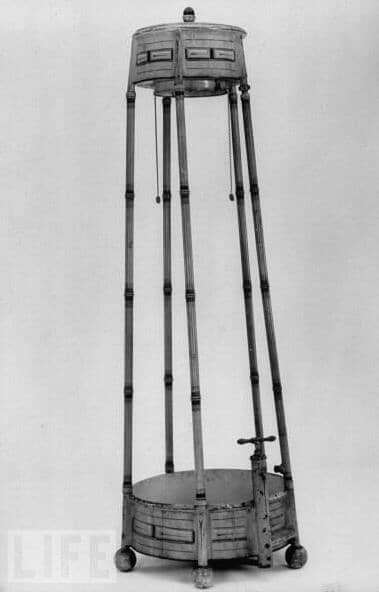 Throughout the 16th, 17th and 18th centuries, the use of public baths gradually declined, and private bathrooms were favoured – this laid down the foundations for the modern bathroom, as it was to become in the 20th century.

The plague hit England 7 times in 200 years, and it was this that had a great impact on the public opinion of bathing, hygiene and cleanliness. In 1546 King Henry VIII shut down public bathhouses in England for good, blaming them for sickness. Instead of bathing to keep clean, it was thought that wearing clean linen next to the skin would make the body clean, and as a result laundry and washing became important for the women in Tudor England. White linen underclothes that soaked up the toxins and smells became the solution for keeping the body clean.

The flush toilet was invented in 1596, but didn’t become widespread until 1851, and in 1767 Englishman William Feetham invented the first modern shower.

Bathing was still not a daily ritual for many westerners during the 18th century. As London was seeing the development of its first massive irrigation project being installed, the wealthy could pay for taps to be fitted into their homes. This meant that bathing, cleaning and washing could be done more privately inside the home.

In Georgian London, many of the rituals that we perform today in our bathrooms were done in the bedroom. Basins sat on elaborately designed and expensive stands and would hold water for washing. Although not fully private, this area of the bedroom was essentially the bathroom.

In the 19th century the house became organised around what was perceived as the usefulness of the rooms, and at a time when fears concerning germs and hygiene were rife, the bathroom rose to prominence within many households, while mass showers were provided for the poor.

The discovery of germs and a more specific cause for disease changed the way people thought about cleanliness and hygiene. Taking a bath and cleaning the body with soap was now generally thought of as a necessity for good health.

Thanks to the Industrial Revolution, steps were taken to mechanise the bathroom. Hot water could be produced for use in the home and having a bath was made much easier due to the development of gas water heaters, and so personal bathing became much more common.

From the 1800’s, copper baths began to replace wooden ones, and in 1889 the electric water heater was invented.

By the end of the 19th century, there existed a room that could be used by all family members, with a growing trend towards replacing the wooden elements with decorated and elegantly tiled patterns. Now the time had begun where the bathroom was seen as more than simply a room of function.

Working class houses with bathrooms were first built around 1900, and in the 1920’s council houses were built with bathrooms. At this time, bathrooms were still considered to be a luxury, and as late as the 1960’s, many homes in Britain did not have a bathroom, which meant that some people had to make use of an outdoor toilet and wash in a bath that was placed in front of the fireplace. 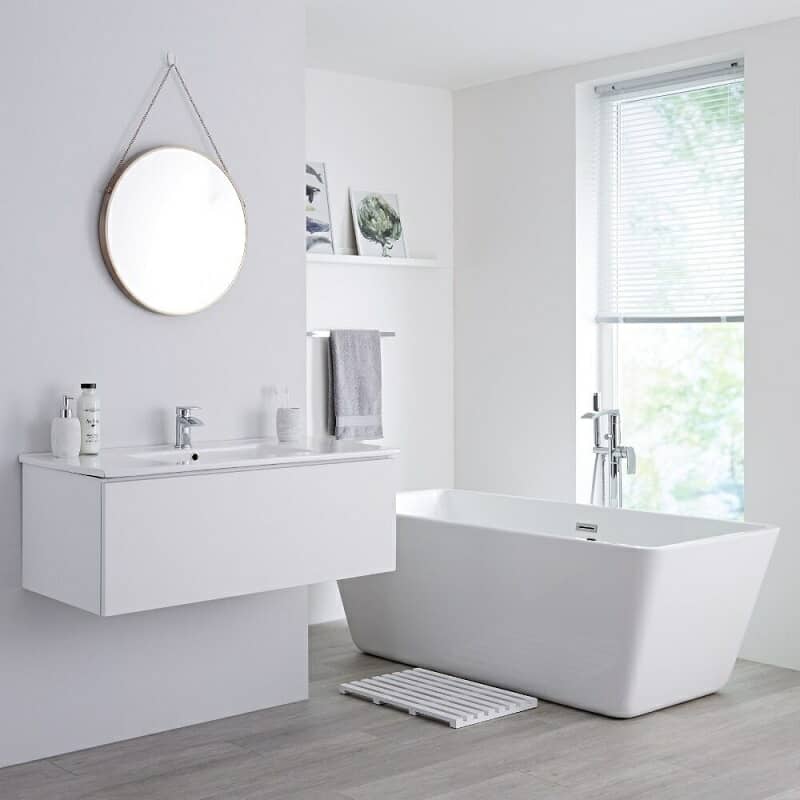 The bathrooms of today

Today’s bathrooms are all about combining stylish looks with functionality. The bathroom is a place to get ready on those busy weekday mornings, but it’s also a space where you can relax and unwind too. We have created spaces of luxury and comfort that incorporate technology such as underfloor heating, steam-free mirrors, televisions, clever lighting schemes and digital showers.

Two thirds of the water used in a home is used in the bathroom, and a five minute shower uses about a third of the water of a bath, saving up to 400 litres per week.

Bathroom styles of today range from the sleek and contemporary to the elegant and traditional. We’re now opting for more economical products that reduce water usage so you can benefit from lower energy bills whilst protecting the environment. There’s water-saving taps and showers, as well as toilets that use just 4/2.6 litres per flush.

So, as you can see, bathrooms have certainly come a long way since the ancient Roman times. 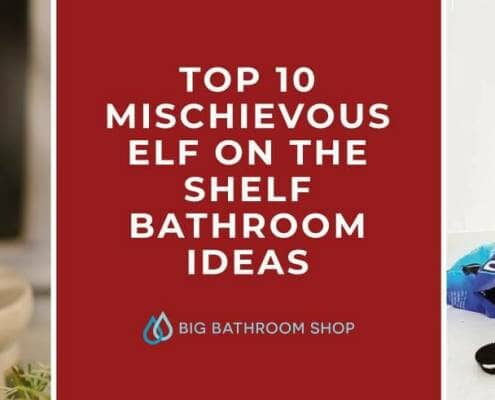 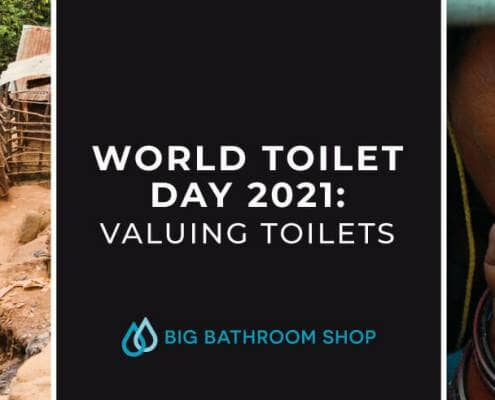 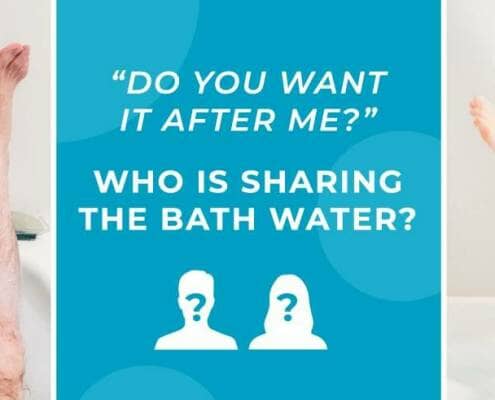 How to Design a Large Bathroom
Scroll to top
Our website uses cookies to give you the best experience of our site. By using this site, you agree to the use of cookies. Read our policy.