Will Baths Or Showers Enhance The Value Of A Property?

As another notch on the Big Bathroom Shop baths vs showers belt, we’ve dived deeper still into the debate, conducting our own research to determine whether a bath or a shower adds more value to a home.

With the notion already discussed in our Bath Or Shower blog, we’ve now gauged the British public’s opinion on the matter, finding out what percentage of people asked view a bathtub as an essential home fixture and the answers to other key questions.

Can the value of a property really be enhanced or downgraded based upon the presence of a simple bath, or lack thereof?

Read on to see our findings, and what they indicate with regards to baths and shower cubicles influencing the cost and saleability of a home.

Do Most People Prefer Baths Or Showers?

A simple enough way to begin our research was to ascertain whether most people actually preferred baths or showers on the whole. Of course, the 8.2% of people asked who said they never take a bath are highly unlikely to view the lack of a bathtub as a ‘deal breaker’ or see it as having any sort of detrimental effect on the value of a property.

However, a much larger proportion of those surveyed were partial to a relaxing soak. Although 56.1% stated that they preferred taking showers over baths, a decent 37.8% were of the opposite persuasion.

That said, whilst a freestanding bathtub focal point might not be a bathroom priority for that near 40 per cent range, you could expect something like a shower bath to be a desirable property feature to say the least.

Certainly so, the space to accommodate a bathtub of some sort even if one isn’t already fitted would appear to be a key factor to a significant portion based on our research.

Can Lifestyle Factors Influence A Bath Or Shower Choice?

Even on a basic level, it’s simple to see that people will opt to take a bath or shower for different purposes, and the decision could alter from day to day if they have comfortable access to both vices.

Our research backs up the notion entirely though, and spells bad news for those who could potentially be looking to sell on a property in which a bathtub isn’t present.

A big 68.9% of people surveyed explained that a bath helps them to relax, with a majority 56.9% explaining they enjoy hot baths. Furthermore, almost a third of the people asked (28.9%) said they choose to take a bath when feeling stressed, whilst 31.2% cited ‘alone time’ as their reasoning for hopping in the tub.

With data to back up the general idea that baths are a perfect means for unwinding and de-stressing, it’s reasonable to suggest they’ll be viewed as a vital fixture for many following a busy day-to-day working schedule.

Indeed, 34.3% of 25-34 year-olds admitted to taking a bath when feeling stressed, the largest proportion of any of the age ranged inquisitees. The same bracket were the second most responsive (5.8%) when asked if they’d ever taken a bath on their lunch break too, beaten only by the 18-24 clan (7.8%). Kids, eh?

Are Showers Seen As Essential?

Whilst we’ve loaded up on the bath talk so far, one of the main reasons for doing so is because the far more diminutive stylings of shower systems makes them a practical inclusion for pretty much any home.

And for all the evidence we’ve presented to show how crucial many people see baths, it would appear that showers still have the edge when it comes right down to it, in accordance with our samplings anyway.

A majority 56.1% registered a preference for taking a shower as opposed to a bath, whilst 25.2% said they would never live somewhere that didn’t have a shower cubicle. By comparison, 19.2% echoed the same sentiments as it pertained to bathtubs.

So, although the difference might not be massive, our research does suggest that showers are a priority inclusion in comparison with baths. Perhaps most telling though, is the results that suggest people want the best of both worlds.

Almost half of all those surveyed (44.9%) were in agreement with the statement that “when looking at a new property, a separate bath and shower is important to me”. Centrepiece freestanding tubs still are prospectively popular then, as well as modern showers.

Only 28.6% outlined a preference for traditional bathroom styles when searching for a new home, while 40.9% were in favour of contemporary bathrooms.

Are Baths Or Showers A More Valuable Fixture For A Property?

In essence, the value of a property can be some way determined by how desirable it is to own, to how many people.

And given the fact that showers would tend to be a standard fitting in more or less any home, and that a decent amount of people would not entertain the purchase of a property if it didn’t feature a bathtub, baths probably hold the edge as the more valuable asset.

However, the popular conception that people really want both components has been firmed up by our research, which suggests that as long as there is a bath somewhere in the home, the value of the property shouldn’t be affected.

As aforementioned, shower baths provide a valuable combination option if space is at a premium within the master bathroom of the home. And in instances where a bath isn’t fitted, it could even be worth sourcing a relatively cheap option for installation before the property is placed on the market. An initial outlay of a few hundred pounds could see an added valuation of a couple of thousand tacked on to the price just via the presence of a bath.

Get In Touch With Big Bathroom Shop

Be sure to check out the wide selection of baths vs showers debate articles on the Big Bathroom Shop blog, or for more information or help and advice, don’t hesitate to get in touch with our friendly team.

John has a background in sports journalism, and lists content writing amongst his primary passions. He provides expert bathroom trends commentary and analysis, as well as offering meticulously researched answers to the most frequently asked bathroom posers. 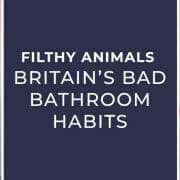 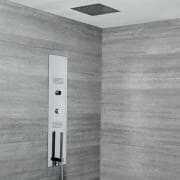 What Is A Power Shower? 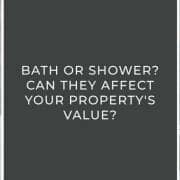 Bath Or Shower? Can They Affect Your Property’s Value? 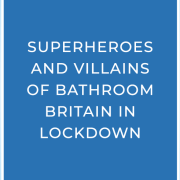 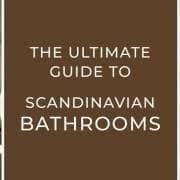 The Ultimate Guide to Scandinavian Bathrooms 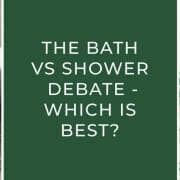 The Bath Vs Shower Debate – Which Is Best? 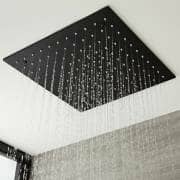 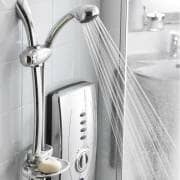 Milk Baths: What Are the Amazing Benefits?

Keeping Clean On Company Time?
Scroll to top
Our website uses cookies to give you the best experience of our site. By using this site, you agree to the use of cookies. Read our policy.
wpDiscuz