On the hunt for some new bathroom taps, but don‘t know where to begin? In this guide we cover everything you need to know about taps, from how they work to how they’re made and the different types, so you can choose the right style to suit your requirements. Read on to discover more… 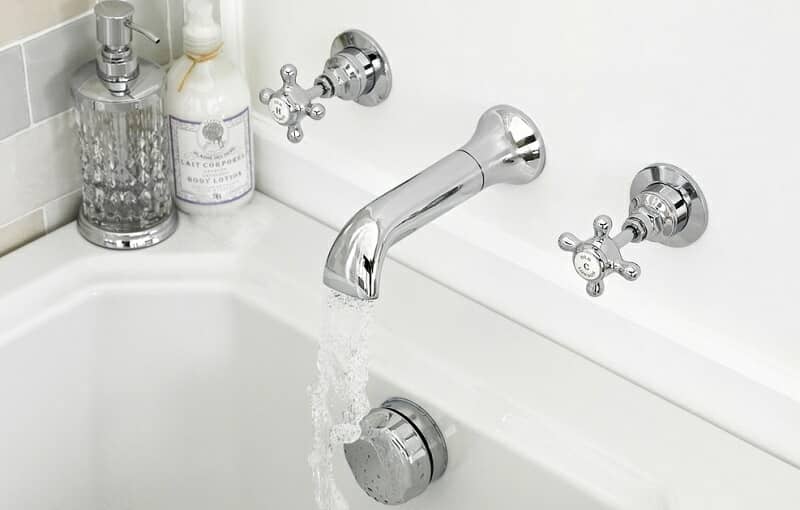 How are taps made?

All taps are made from cast brass that’s either been plated in chrome or gold. Chrome plating is by far the most popular finish and is extremely durable. Taps can also feature a black, nickel or brushed steel finish. The brass casting has a ceramic disc cartridge or standard valve screwed into it, and a handle is fitted to the valve or cartridge spindle to complete the tap.

What is ceramic disc technology?

The majority of taps use a ceramic disc cartridge instead of traditional rubber washers. Taps that use ceramic disc technology means an end to annoying drips and only a 90-degree rotation to turn the tap on and off.

A ceramic disc cartridge is made with two ceramic discs, each with two holes for mixer taps or a single hole for a tap with two handles. One disc is fitted in place, whilst the other disc moves with the tap handle. When both discs are aligned, the water can flow through the tap, and when they aren’t aligned the water stops. 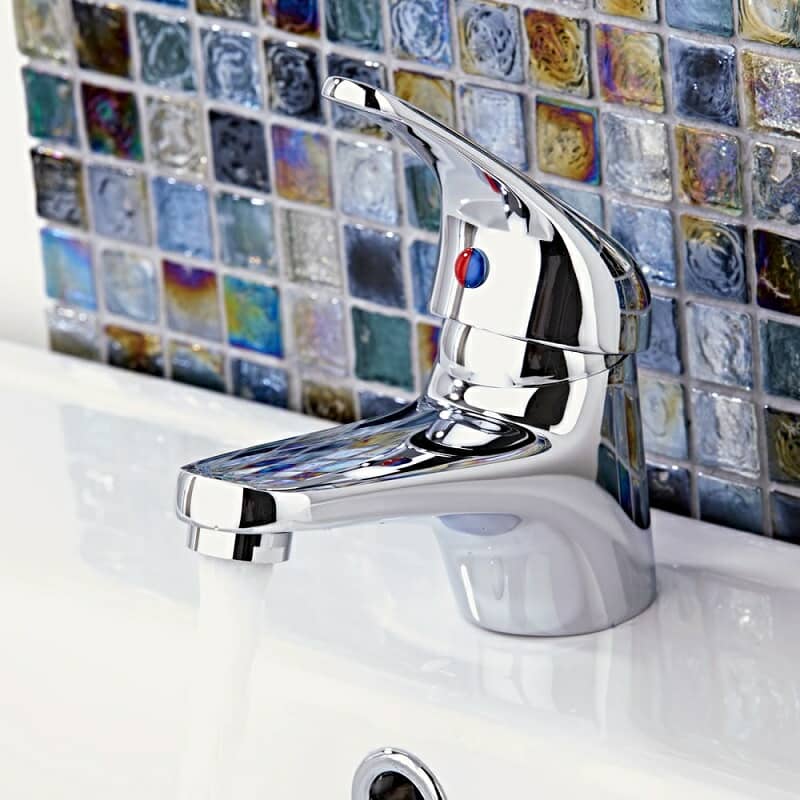 Before deciding on bathroom taps, it’s important to check the type of water system you have. The level of pressure the water outlet has is determined by the height and gravity, so the higher the tank is stored, the greater the water pressure.

For low pressure systems, you will need to choose taps that are designed to operate at this pressure, this ensures a steady flow of water. For high pressure water systems, you can choose from a wider range of taps.

How to clean taps

We strongly recommend that your taps are cleaned with warm soapy water and rinsed afterwards; if needed they can be polished with a soft cloth. Plated products are vulnerable to acid attack, so avoid using any household cleaning products as they can have a varying effect on the surface, from black spots and streaks to pitting of the surface, neither of which can be removed. 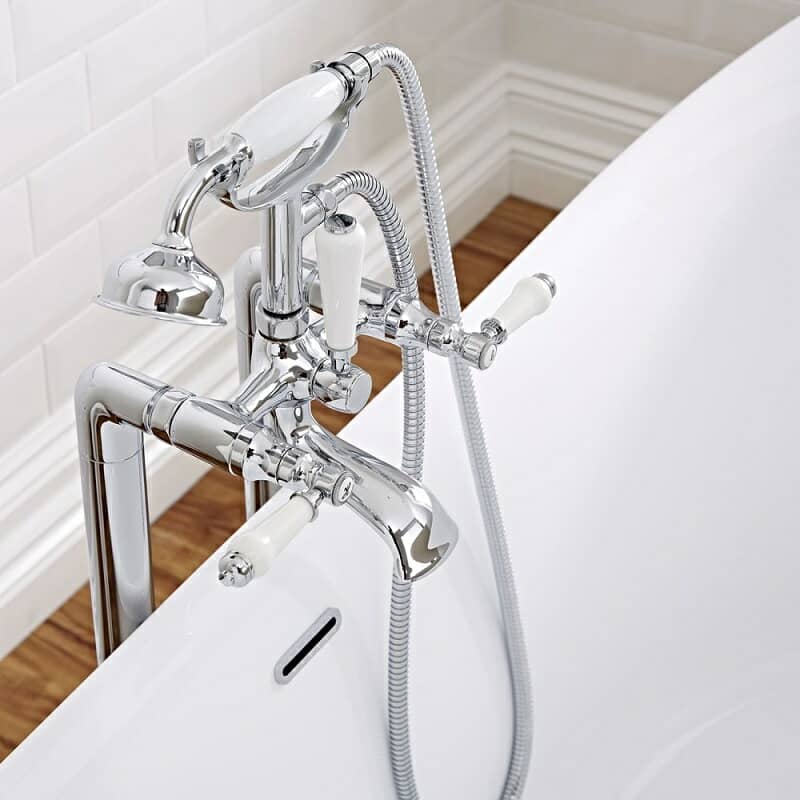 If you’re considering creating a new bathroom from scratch or just want to update it, your choice of taps is an important decision to make. Before purchasing new taps, you should take the style of your bathroom into consideration, as the right taps can really help to enhance the overall look. It’s essential to check your water pressure to ensure the taps you want will deliver the best possible performance. Some taps are only suitable for high pressure systems, and therefore won’t deliver a great flow rate if you have a low pressure system. 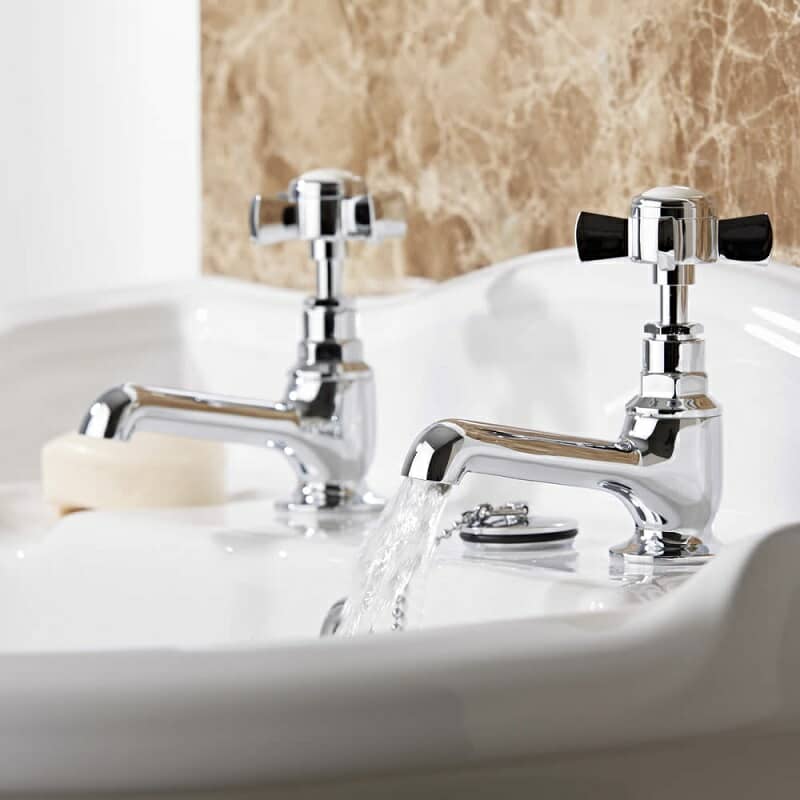 Designed for use with two tap-hole sinks, basin pillar taps are available in a range of styles including modern and traditional. These are supplied as a pair – one tap for the hot water and one tap for the cold water. 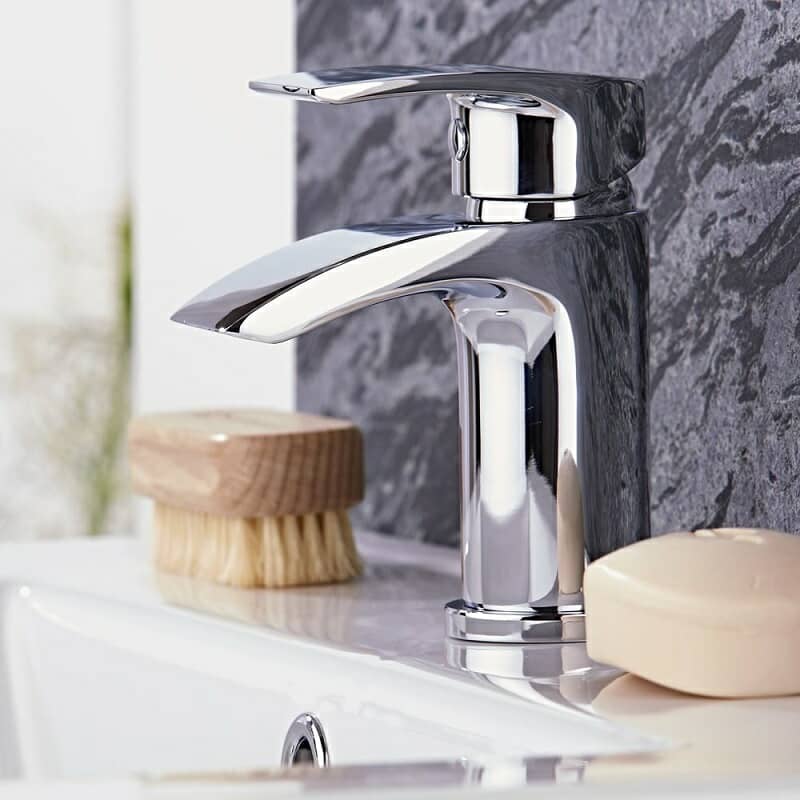 Basin mono taps are designed for one-tap hole bathroom sinks. Available in an array of designs, basin mono taps feature an easy to use single lever handle that controls both the flow and temperature of the water. They allow the water to mix whilst flowing into the basin allowing for better temperature control.

Basin mono taps are also available in high rise, cloakroom and waterfall designs. High rise taps are for use with countertop basins which don’t have any tap holes, cloakroom taps feature smaller dimensions than standard making them ideal for small spaces and waterfall taps have an open spout that creates a river of water for a relaxing spa-like effect.

Find out more about basin taps in our dedicated buying guide. 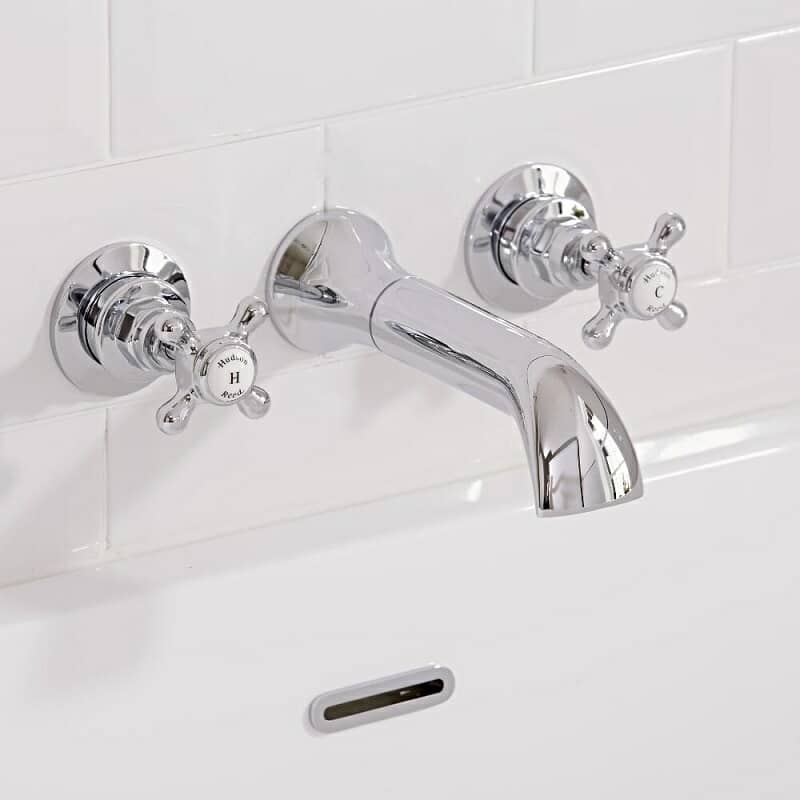 Wall mounted taps create a neat, streamlined finish and a minimal look. They come in modern and traditional styles to suit any bathroom and are designed for use with countertop basins and baths without any tap-holes. 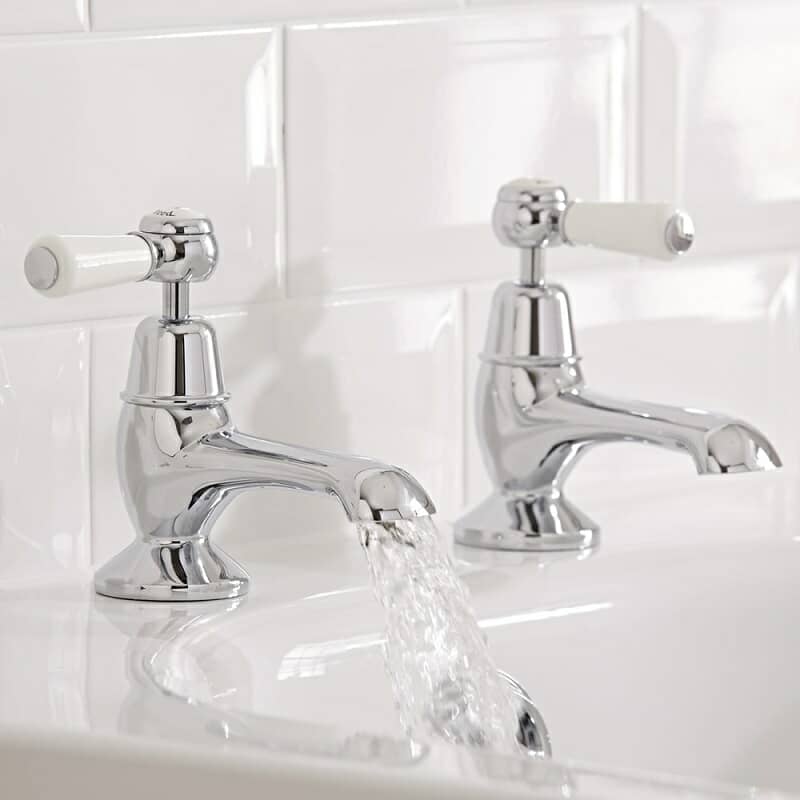 Standard bath pillar taps are supplied as a pair – one for hot the water and one for the cold water. They are available in a variety of styles ranging from the modern to the contemporary. 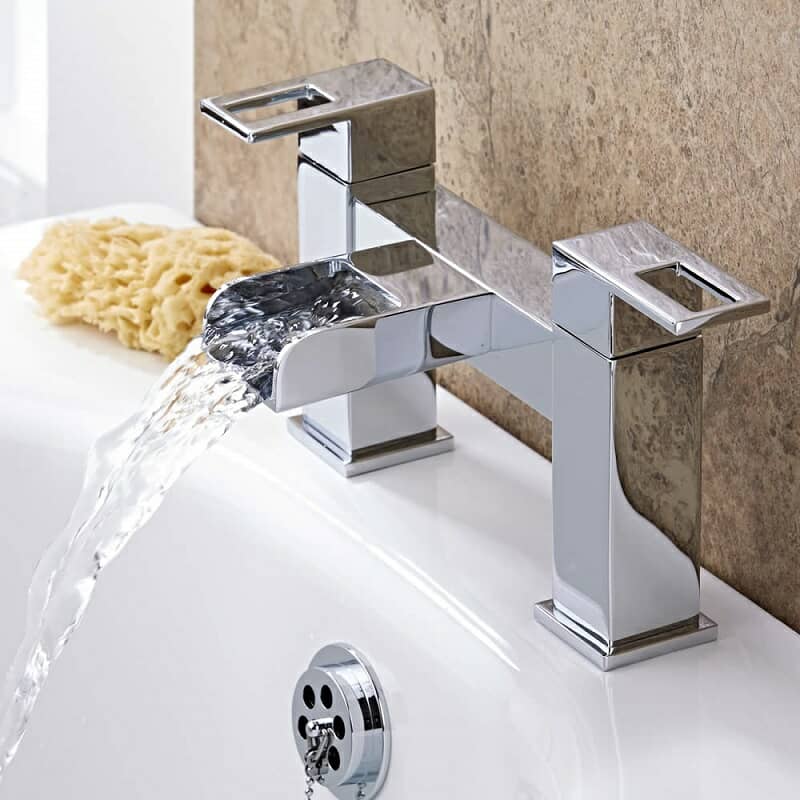 Available in an array of designs, bath filler mixer taps provide a more modern alternative to a pair of bath pillar taps. They allow the water to mix in the tap body before it goes into the bath – this allows for better temperature control. 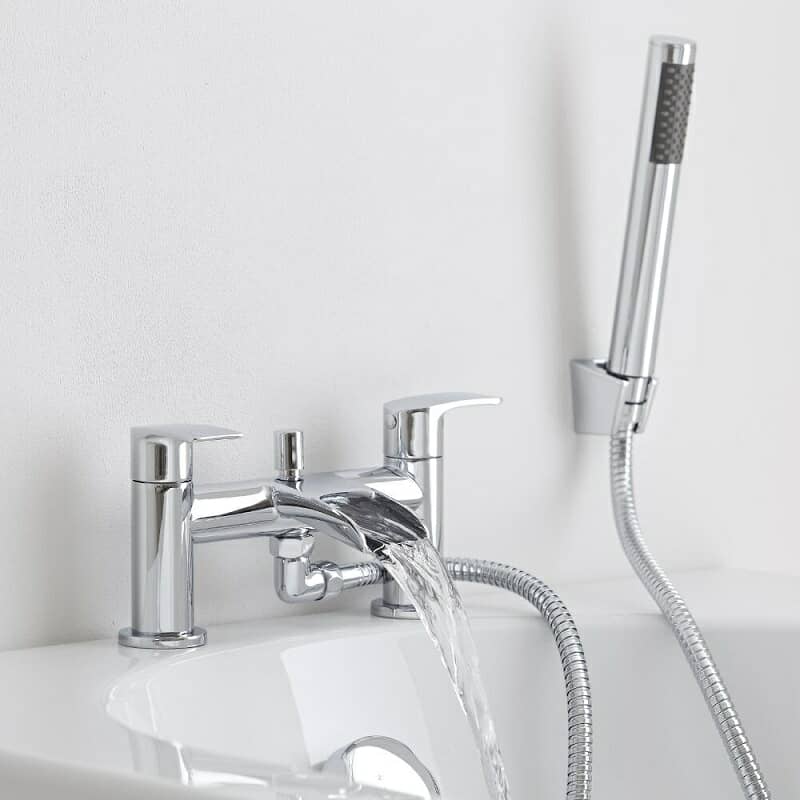 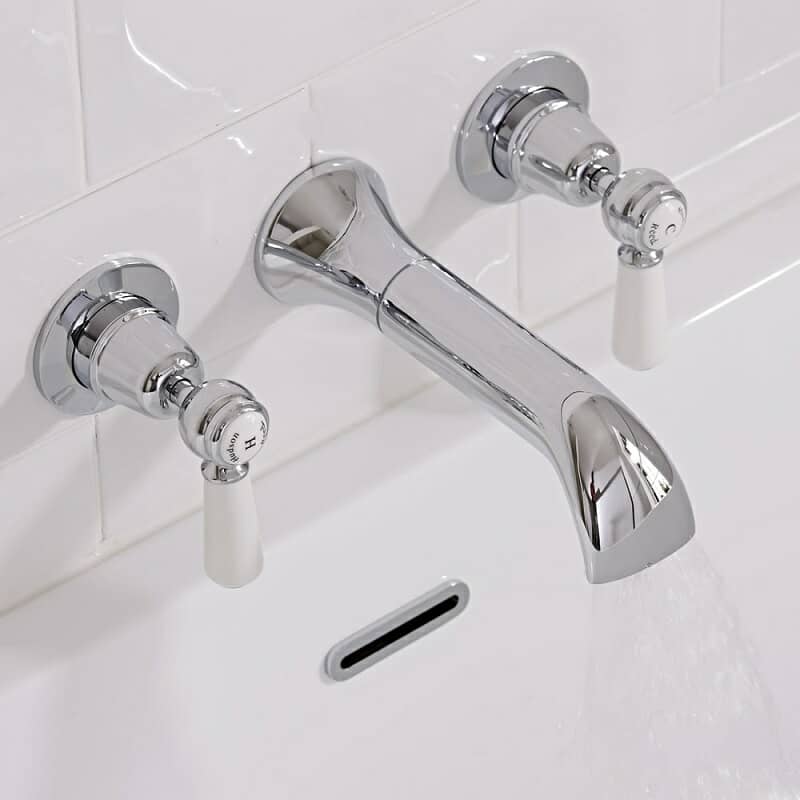 Available in a variety of designs, three/four hole bath taps feature two handles; one to control the hot water and one to control the cold water, the third hole is for the water spout and where there’s a fourth hole, this is for a shower head on a retractable hose. 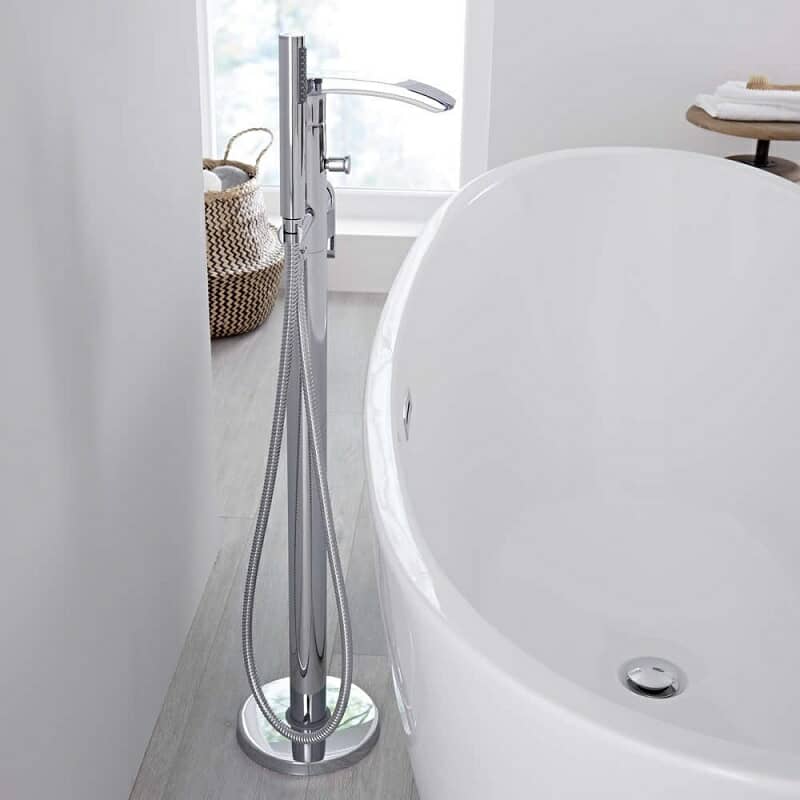 The above video explains how to install bath taps, so instead of calling out a plumber, why not try fitting them yourself if you’re an experienced DIYer? We strongly recommend hiring a plumber if you are not experienced at DIY.

Please refer to our how to fit bath taps guide for full instructions. 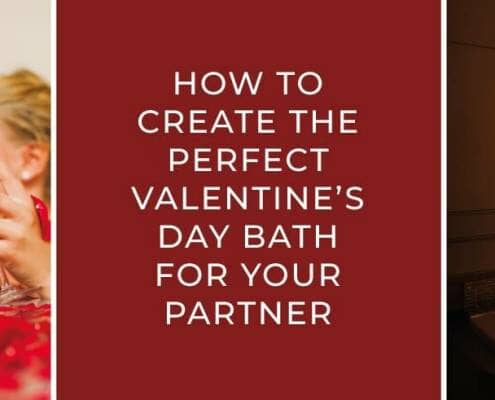 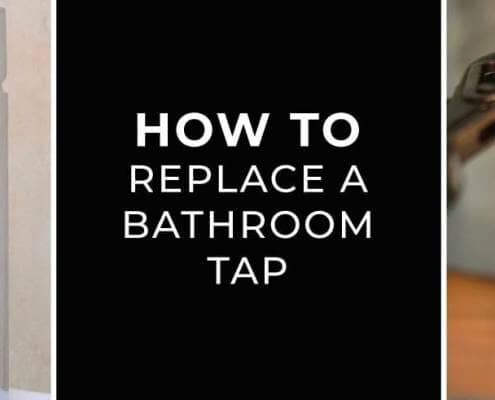 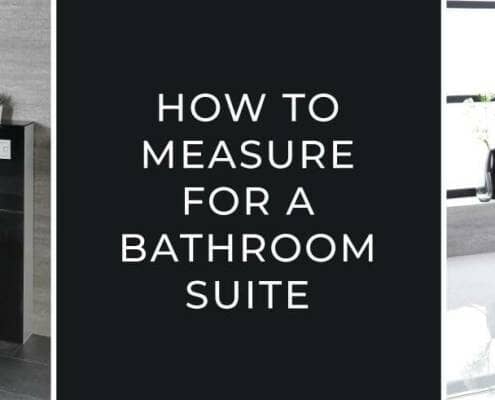 The Shower Buyer’s Guide
Scroll to top
Our website uses cookies to give you the best experience of our site. By using this site, you agree to the use of cookies. Read our policy.